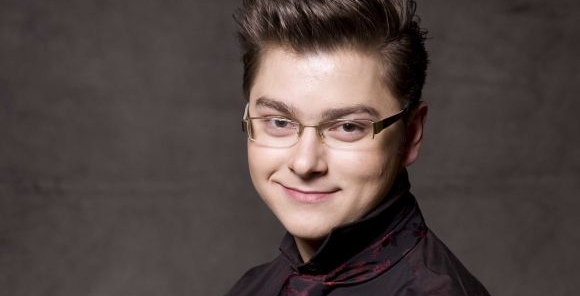 A conductor from Brazil, a solo accordion, and a program filled with Argentine, Brazilian, and Spain-loving composers – this night at the philharmonic is bound to be hot irrespective of the weather. The night’s highlight is the first performance of the Concerto for Accordion and Orchestra by Heitor Villa-Lobos (1887–1959), who is regarded as the father of professional Brazilian music. This self-taught pianist initially played in cafés and theaters. In his compositions, he drew on folk music and on neo-classical European composers. He was aware of the significance of his music – “I don’t use folklore. I am folklore”, he said.

Maciej Frąckiewicz, who plays the solo part, is one of the leading accordionists of the young generation. He has won many competitions in Germany, Italy, Spain, and other countries. He has worked with contemporary composers such as Paweł Szymański and Wojciech Blecharz. His TWOgether Duo (with cellist Magdalena Bojanowicz) received a “Polityka” Magazine Passport Award in 2012.