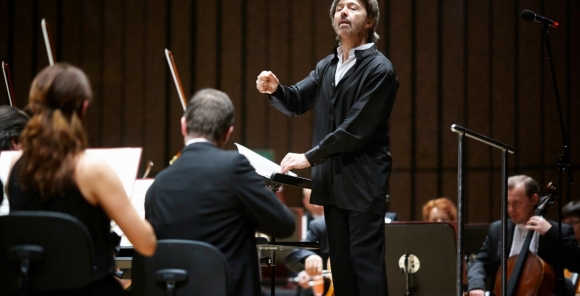 For dozens of years now, Mozart’s operatic works have remained a staple of theaters around the world. They owe their perennial popularity not only to good librettos and outstanding casts, but primarily to their excellent musical scores. In Mozart’s time, his most frequently performed opera was Die Entführung aus dem Serail. How did that work manage to captivate contemporary audiences so strongly and completely? Perhaps this had to do with the late 18th century vogue for all things oriental, as the opera was set in Turkey. From the first bars, Mozart transported the listeners into a fabulous Oriental world by expanding the instrumentation to include a bass drum, clash cymbals, and a triangle. The Turkish flavor of the overture is also brought out by frequent changes in dynamics and contrasts of expression. It is indeed little wonder that the music is so emotional – after all it illustrates the dramatic story of rescuing two women abducted by pirates and sold to a Turkish pasha. Today, the Il Seraglio overture is often performed in symphonic concerts in its own right. It is about this piece that Mozart wrote to his father “I believe no one will go to sleep over it, though he should have not slept for a whole night before.”  Along with Mozart’s overture, the concert features splendid works by the German Bernhard Romberg and the Italian Gaetano Donizetti, as well as Schubert’s Symphony no. 6 in C major. The concertmasters of the ARPO, violinist Maciej Łabecki and cellist Konrad Bukowian, will play the solo parts. On this occasion, the orchestra will be led by the Artist-in-Residence of the Arthur Rubinstein Philharmonic, cellist Ivan Monighetti.