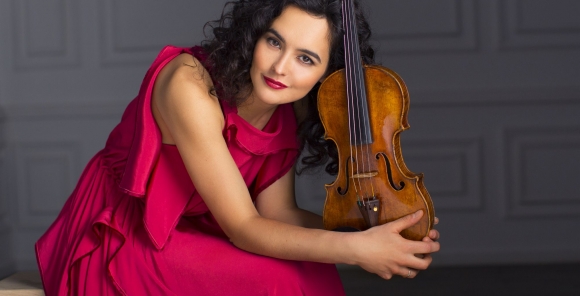 Prior to starting work on his Violin concerto in G minor in 1865, German composer Max Bruch was predominantly concerned with operatic music. His Romantic opera “Die Loreley” was staged in Mannheim in 1863, but despite its charm it was not very successful. Fame did not come until the premiere of the above-mentioned concerto, which was given by Otto von Königslöw in Koblenz. Soon, this composition attracted the attention of another great virtuoso of the time, Joseph Joachim, who became friends with Bruch and made final corrections to the score. During the concert, Bruch’s concerto will be performed by Alena Baeva, a 29-year-old violinist and graduate of the Moscow Conservatory who won the 12th International Henryk Wieniawski Violin Competition in Poznań (2001), was awarded both the Grand Prix and special prize at the 2nd International Niccolò Paganini Competition in Moscow (2004), as well as received the gold medal and audience award at the International Violin Competition in Sendai (2007). Baeva is in demand at European, Asian, and American concert halls. In Łódź she will be accompanied by the Arthur Rubinstein Philharmonic Orchestra under Daniel Raiskin. In addition to Bruch’s Violin concerto, the program features works by Joseph Haydn and Witold Lutosławski.