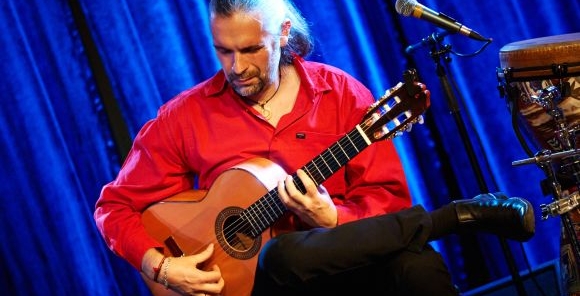 Would it be possible to reconcile styles as different as mystic Indian music and hot, passionate flamenco? Naturally – this has already been done by the project Indialucia, which was initiated at the Music Academy in Nagpur in 1999. Although such a fusion might at first seem sheer madness, when one realizes that the Spanish Romani people came to the Iberian Peninsula from no other place but India, then Indialucia may indeed be regarded as a return to the roots. The members of the project include many outstanding musicians from both continents, with Michał Czachowski being the producer and artistic leader. The album Indialucia, released in 2005, received many awards, including the Virtual Gusla-Fiddle Award, the Folk Record of the Year, and a Fryderyk nomination. In 2007, it came second in a ranking of world music records released in the United States. The project has also been appreciated by the film world as its music was featured in the Hollywood production The Boondock Saints II. It should be noted that Indialucia is the first band in the world to perform such an unusual musical fusion.